Due Process of War in the Age of Drones

The debate over how to properly rein in the errors and abuses of the drone program remains stalled between two ineffective and constitutionally problematic extremes. While some have defended Executive unilateralism and others have called for an ex ante Drone Court, this Note defends ex post judicial review as the only constitutional and effective way to restore our constitutional balance of powers and the rule of law. The Note shows how judges should apply the international law of war to adjudicate the lawfulness of drone strikes and details a legal strategy for plaintiffs to bring a case under the Alien Tort Statute that reaches the merits. Adjudicating the legality of drone strikes for their compliance with the international law of war is an eminently legal task that our courts should feel compelled to carry out. Adherence to the rule of law, our constitutional separation of powers, and our national security interests all speak for ex post judicial review of drone strikes. 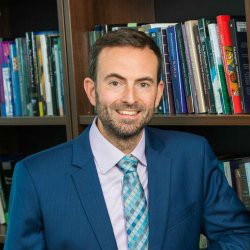 Dr Joshua Andresen is a member of the Hub and a Senior Lecturer in National Security and Foreign Relations Law at the School of Law.