Strategies of adaptation and diversification: The impact of chip and PIN technology on the activities of fraudsters

According to the official press release that accompanied its launch, chip and PIN is the biggest change to the way that payments are made since decimalisation. The aim of this new system of plastic card payment was to tackle stolen and counterfeit card fraud. However, recent figures published by the UK Card Payments Association show that counterfeit card fraud has increased dramatically since the introduction of chip and PIN and that, although stolen card fraud has decreased, the rise in other forms of fraud – noticeably those that do not rely upon knowledge of the card’s PIN – indicates that fraudsters may have adapted new methods in order to circumvent the new system. This article draws upon interviews conducted with fraudsters in 2004, before the widespread adoption of chip and PIN, and again in 2009, to ascertain the extent to which they have evolved new strategies for committing fraud. In doing so, the article highlights the attitudes and beliefs held by fraudsters that shape their actions thus providing valuable information that could shape policy decisions aimed at the reduction of plastic card fraud in the future. 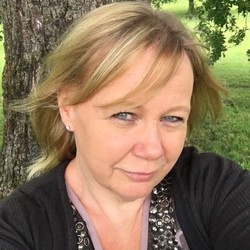 Dr Emily Finch is a member of the Hub and a Senior Lecturer at the School of Law.