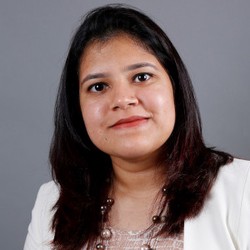 Benita Mathew is a member of the Hub and a PhD student at the School of Law.

Benita’s PhD project is “Taxation of the Digitalised Economy”. The project aspires to suggest a solution to issues exacerbated specifically by digitalised business models. In building up to this analysis, the project will clarify the role of digitalised business models in increasing tax avoidance opportunities under the international tax system. While a long-term consensus-based solution by the OECD is expected in 2020, many of the complaints against the current international tax system under the Action 1 Final report have been present for years before digitalisation became pervasive. This project will inform the debate about value creation dynamics in the digital era and about tax rights distribution under new perspectives on value creation. Changes in the economy caused by digital technology are transient and constantly evolving, however, tax policy reform should aim to strengthen the roots as opposed to pruning in response to such changes. The contribution of this project is driven by the focus on first disentangling tax avoidance issues under Action 1 followed by exploring options against which tax reform should be recalibrated.